Consent was obtained by the practice from the London Borough of Richmond upon Thames for the adaptation and extension of this Grade II* former hospital and home of Dr John Langdon-Down, the Victorian pioneer in the treatment of what became known as Down's Syndrome.

Phase 1 of the project involved the formation of 63 high quality apartments and restoration of some fine interiors within what was originally the house of Langdon-Down and his family and which he gradually extended into a range of buildings, each slightly varying in style. The rather crude interventions carried out after the hospital was taken over by the NHS in the early 1950's were removed as part of the proposals and the form and massing restored to largely to the original.

Our work included considerable research and submissions of samples of brickwork, stonework, and ironwork, and details in respect of exterior and interior finishes to discharge numerous planning conditions. Both wet and dry rot were discovered in the timberwork and in the masonry fabric and this led to a constant dialogue with Council Officers over the two-year period of the restoration work on site.

Phase 2 of the project, also now completed, involved the construction of 28 apartments in a new build block designed in a sympathetic architectural style.

The original building had originally been placed on the EH 'At risk' register, but as a result of its sensitive restoration the building has now been formally removed from the register. The project has also received an award from the Teddington Society for the quality of design and workmanship in the restoration of the Grade II listed building. 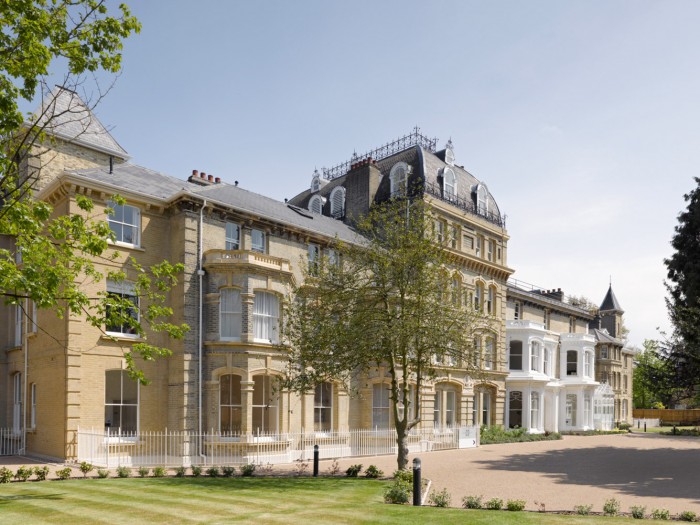 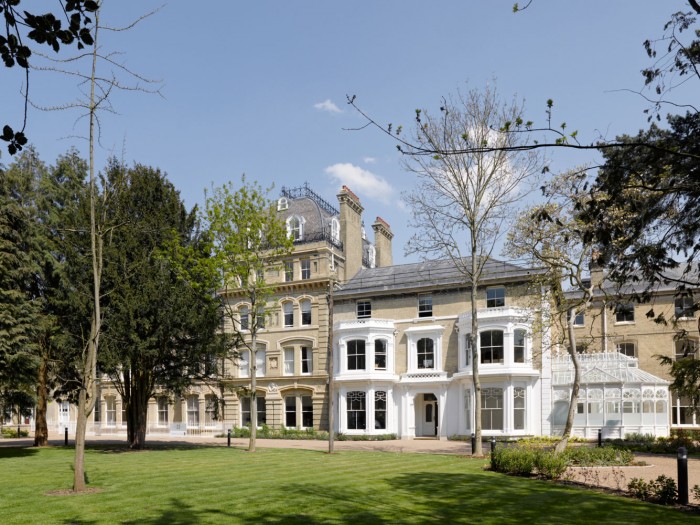 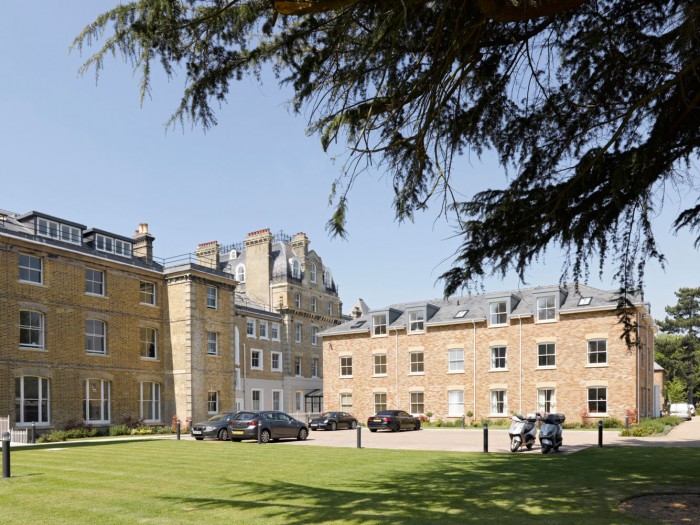 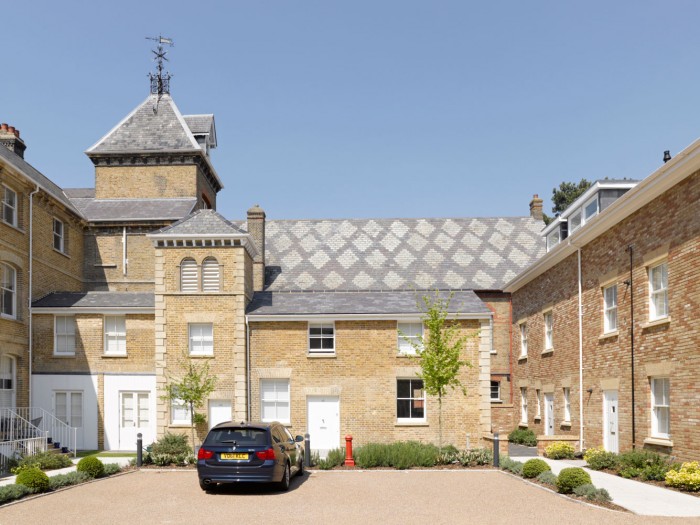 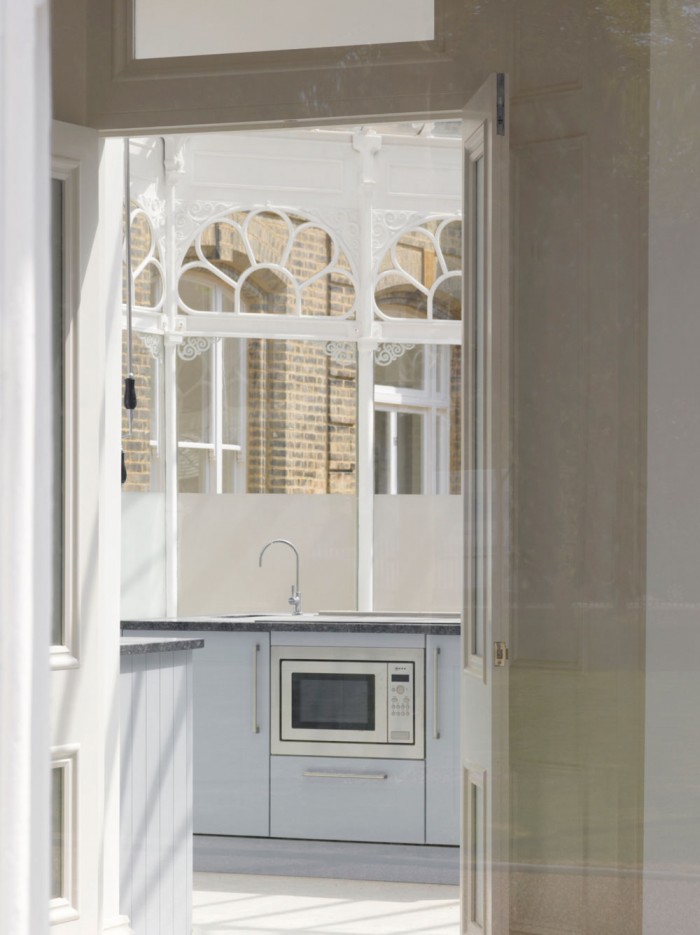 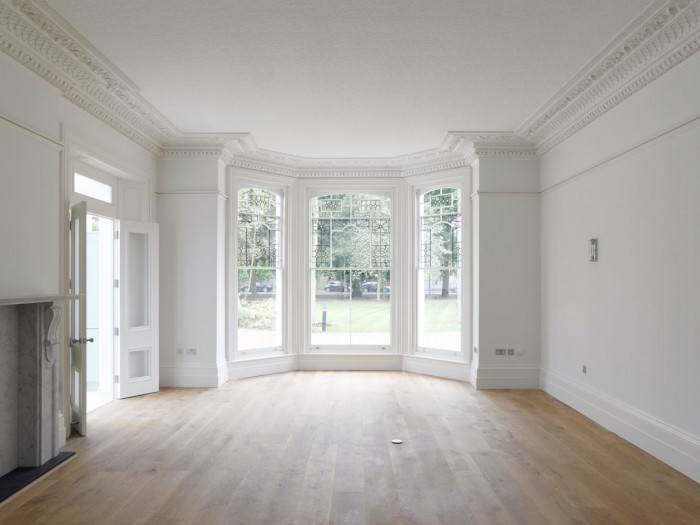 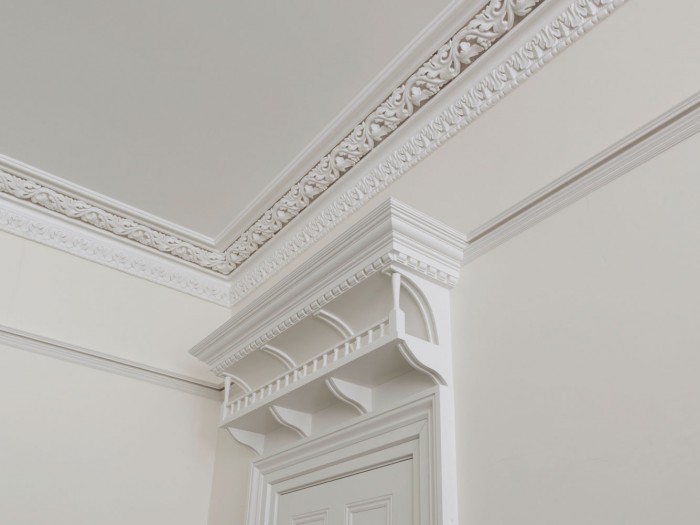