Haines Phillips Architects were appointed in 2020 to prepare a full planning and listed building application for an extension to The Gatehouse, a Grade I Listed Building in the St. James's conservation area of the City of Westminster. Our appointment followed a shortlisting and interviewing process by the client with our track record in the successful design and implementation of contemporary, sensitive, additions to listed buildings proving a to be a defining factor in the success of the design process that followed.

The building is the former gatehouse to Rutland House, originally built between 1734 and 1740 for the Dowager Duchess of Norfolk by the architect James Gibbs. The Gatehouse consists of a two-storey building and attic above a basement and forms the southern boundary of an internal courtyard that used to serve as a passageway to Rutland House from Arlington Street. The eastern boundary of the courtyard consists of a high wall with a rusticated archway in the Gibbs style with large gates on to Arlington Street.

The Gatehouse's principal elevation to the courtyard remains largely intact, however, the internal courtyard has been affected by many recent alterations that have detracted from its character, including a bulky and ill-considered glazed roof dating to the 1980's.

The Gatehouse is currently used as office accommodation to house the London headquarters of an international company, having been converted to offices in the 20th century. The cellular nature of the internal spaces along with the limited potential for alterations or extensions has imposed prohibitive restrictions on the use of the accommodation including a lack of an adequate reception area and a suitable conference/meeting room.

Our client's brief was therefore for the infilling of the courtyard with a two-storey glass structure that would provide a reception area and a conference room. Our client also favoured a striking and contemporary design, rather than a traditional and conservative design, in order to reflect the company's identity and status.

The proposals include the removal of the existing glazed roof, the demolition of the modern northern boundary wall and the addition of a two-storey structural glass infill extension. The infill extension is supported by a cantilevered steel structure lightly anchored to the Gatehouse's façade with minimal fixings in the location of the demolished northern boundary wall.

The extension sets back from the historic arch and gates so that the rusticated arch is fully exposed and appreciated from the courtyard. The interior is divided into two floors and used as a reception area on the ground floor and a meeting room on the first floor. The re-constructed northern boundary wall doubles up as a service riser duct wall, concealing new M&E services.

The extension is designed to preserve and enhance the reading of the volume of the courtyard and the feeling and function of an external thoroughfare when the gates are open. It is also designed to reveal the principal façade of the Gatehouse from the street and from within the courtyard. This has been achieved through its transparency and minimalist structure, its hidden M&E services and discrete lighting as well as the treatment of its finishes that includes a cobbled floor that connects the internal and external finishes.

The proposals were submitted for a full application for Planning Permission and Listed Building Consent in March 2021 following a pre-app consultation process. The proposals gained the support of Historic England and were recommended for approval by Westminster City Council. 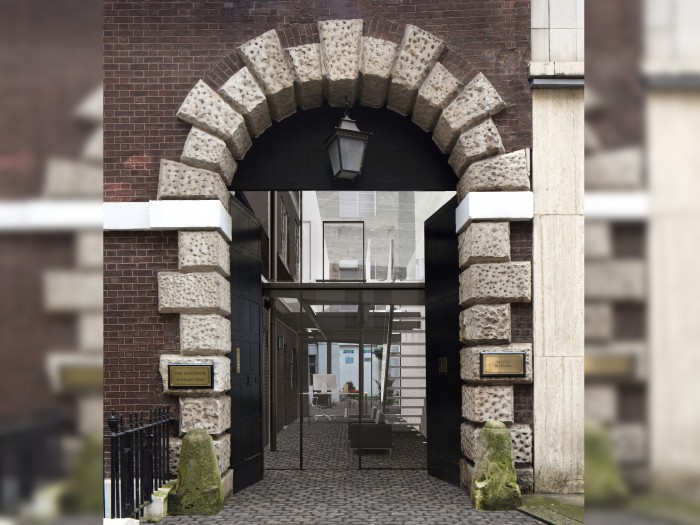 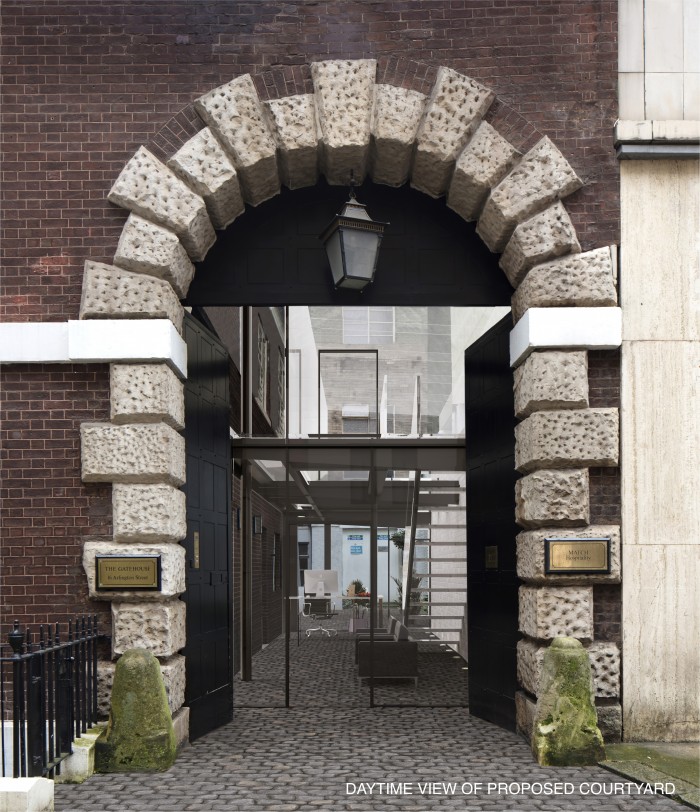 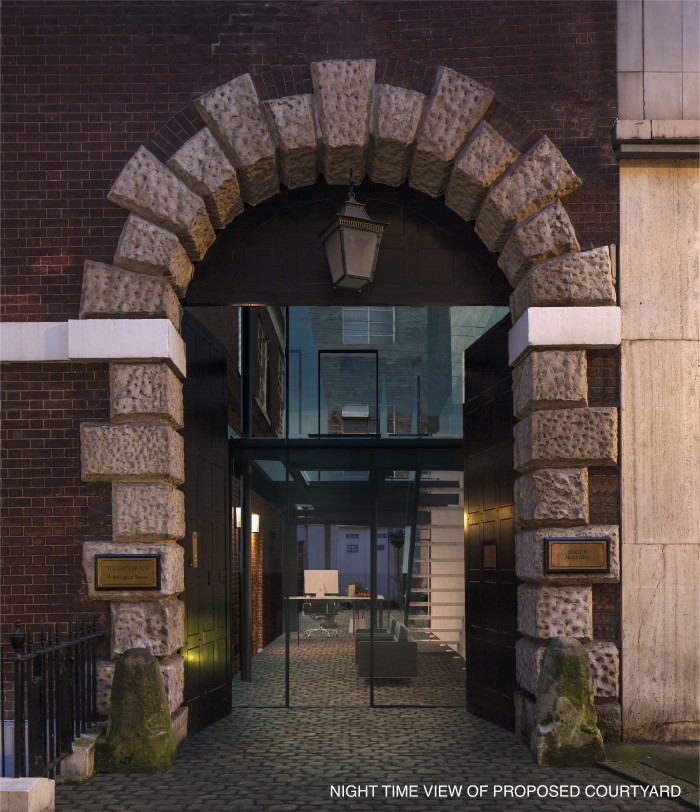 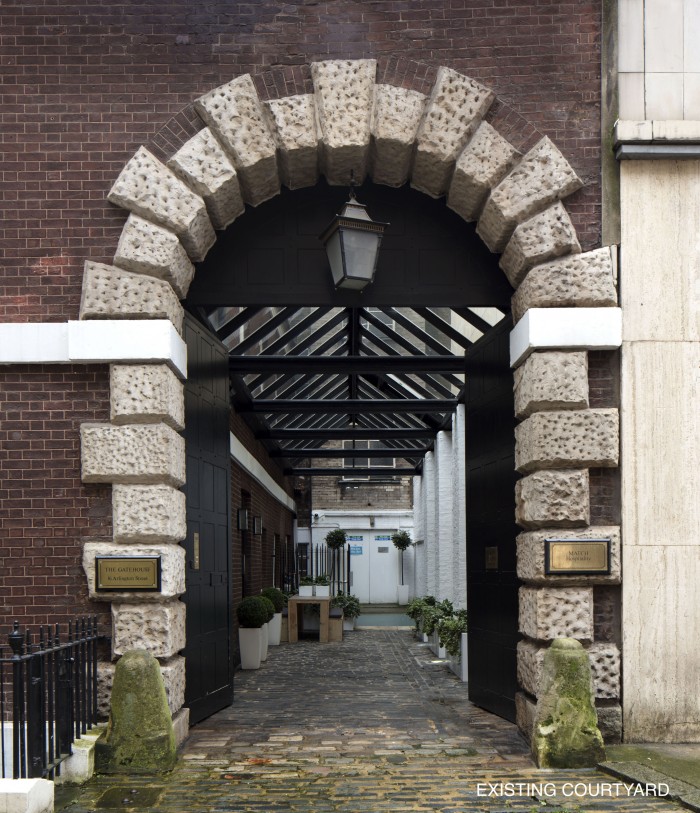 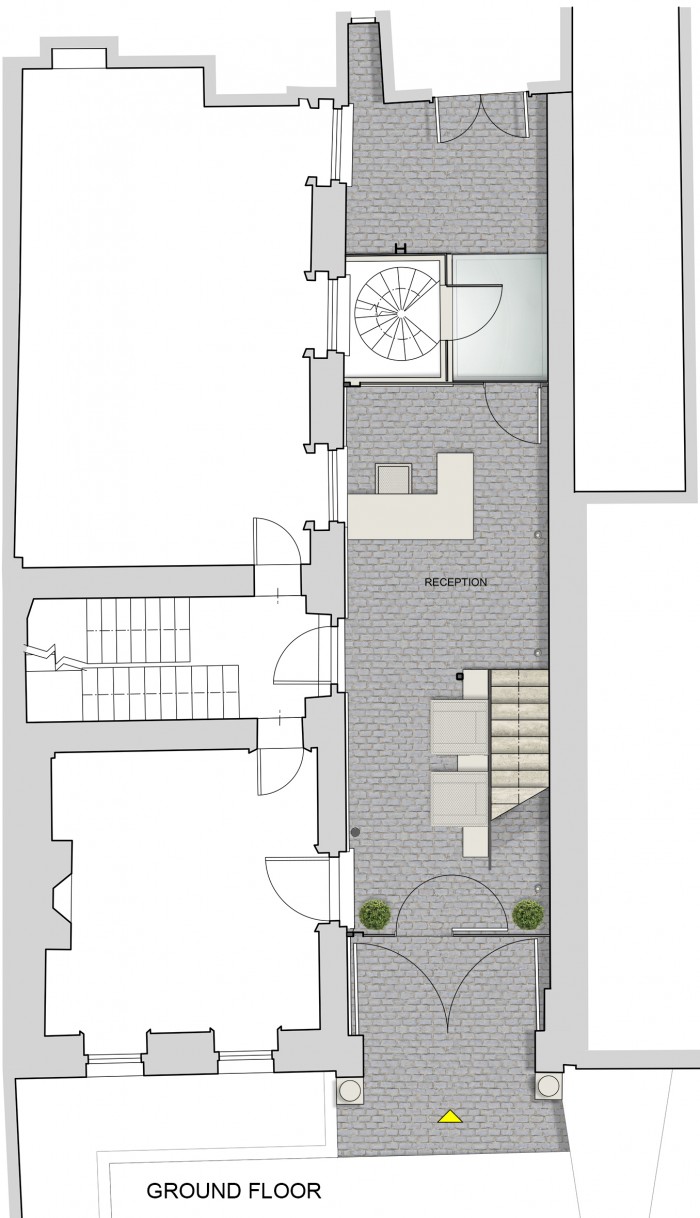 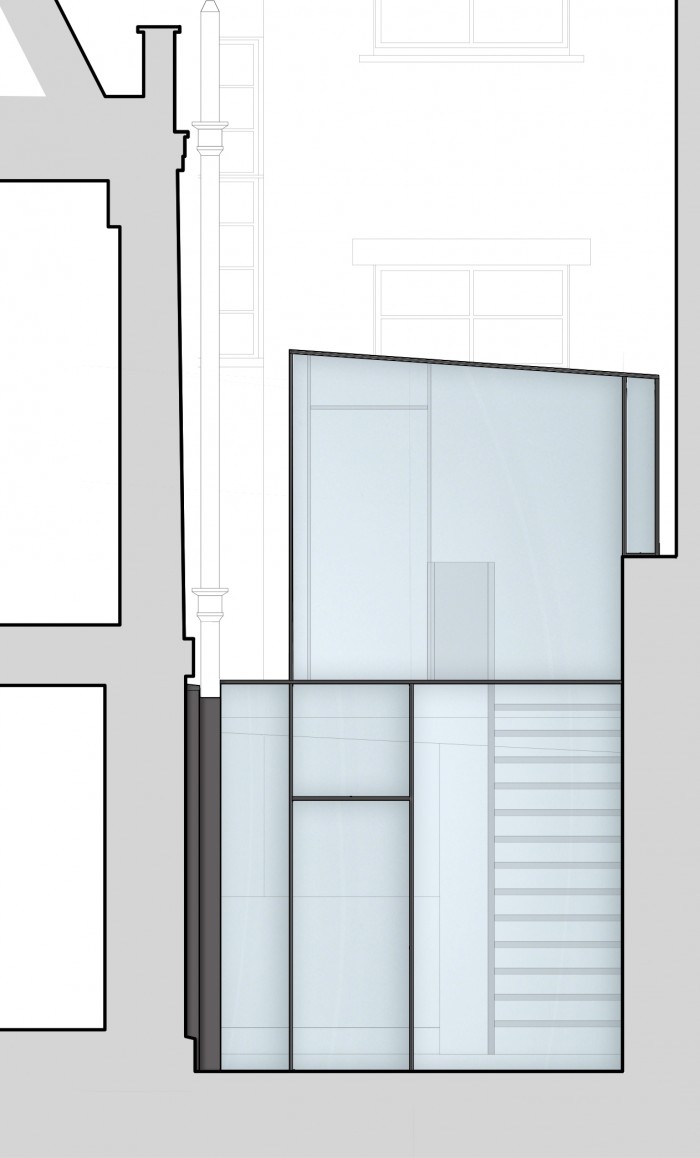